Jason has acquired a BA and an MA in illustration from The University of the Arts in London. He enjoys drawing, painting and sculpting, cutting and pasting with all sorts of different materials to achieve any suitable result. He has a self published zine titled ΟΧΕΤΟΣ and has contributed to various self published and commercial publications with his work over the years. Τhis exhibition will be his second solo show.

"The line work was done compulsively, I wanted to retain that look of being sketchy and loose. I had just discovered parallel - calligraphy pens, they are really practical because as you can interchange between two line weights so easily.

Crotch is derived from crutch, it was first used to refer to a forked stick.

It still refers to a fork. 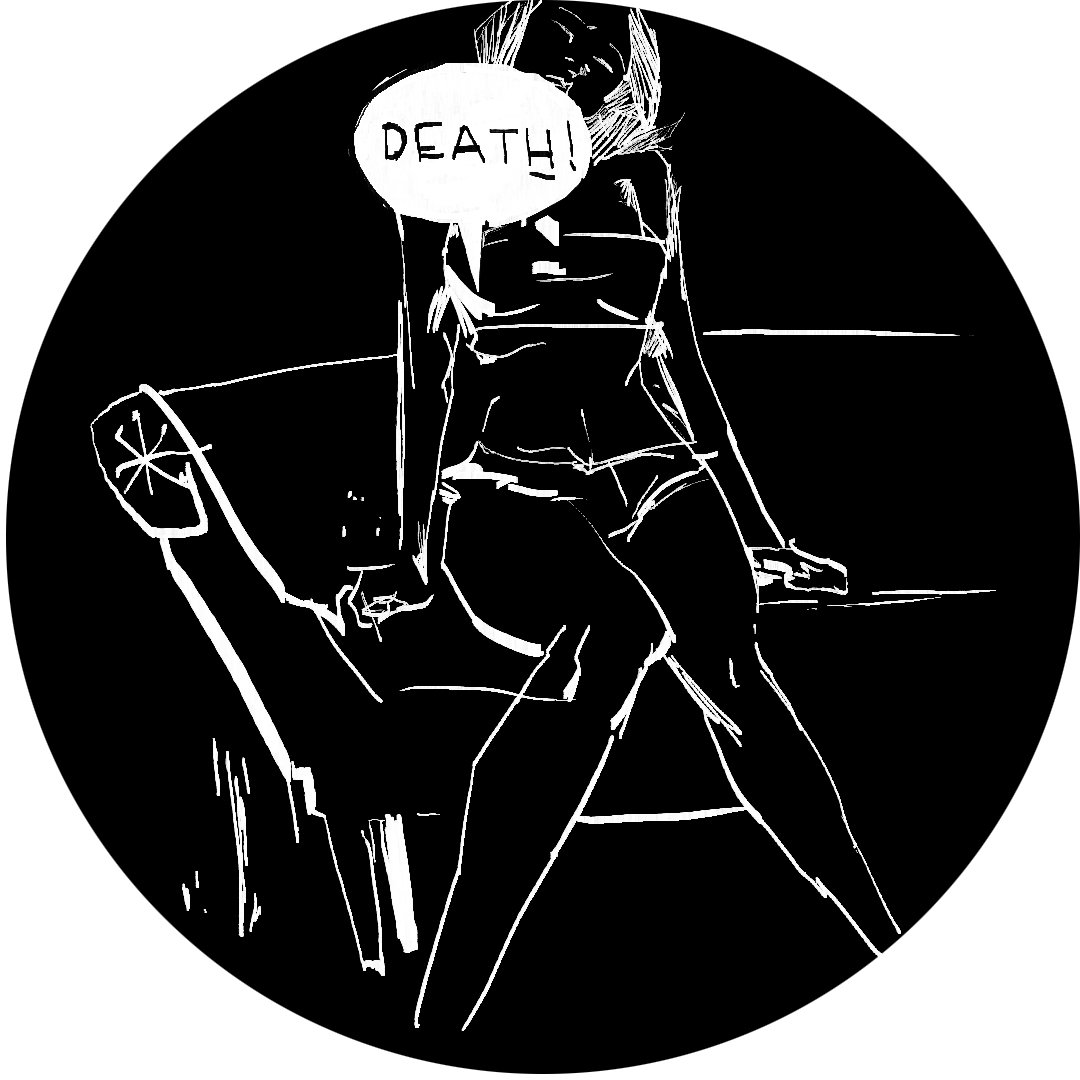